Blood magic is linked to ancient elemental and primal powers. The earliest known practitioners of blood magic were the ages old ogre kingdoms and their allies. Blood magic is intricately tied to the elder primal powers of life and death. Powerful in its scope and applicability, blood magic could be considered neutral in regards to good and evil, except for the corrupting effect of power and the tendency for it’s wielders to use the blood of others in their rituals.

Your bloodline provides you with an affinity for nature magic. You may select spells from the druid spell list as if they were on the sorcerer list.

Blood mages must substitute a drop of blood for a spell’s material component or focus, if any. The mage has two options, use their own or someone else’s. If the mage uses their own, the fine cut with a knife becomes part of the normal casting, and causes 1 point of damage to the mage. This damage does not require a concentration check.

When using blood to replace a costly component, the damage to the mage increases (see table) and a concentration check of 10 + damage is required.

Using another person’s blood as the material component or focus of spell adds a full round to the casting time of the spell. The victim must be willing or helpless, and the cost (hp or con) is double what it would be if it was the caster’s blood.

Minor Sacrifice at 14th lvl, the caster is capable of stealing energy from unwilling creatures. With a successful slashing or piercing attack, the caster forces the victim to make a Con save versus the mage’s spell DC, or take 1 point of temporary Con damage as the donor for blood magic sorcery points.

Major Sacrifice at 18th lvl, as Minor Sacrifice, with 3 Con stolen per attack. 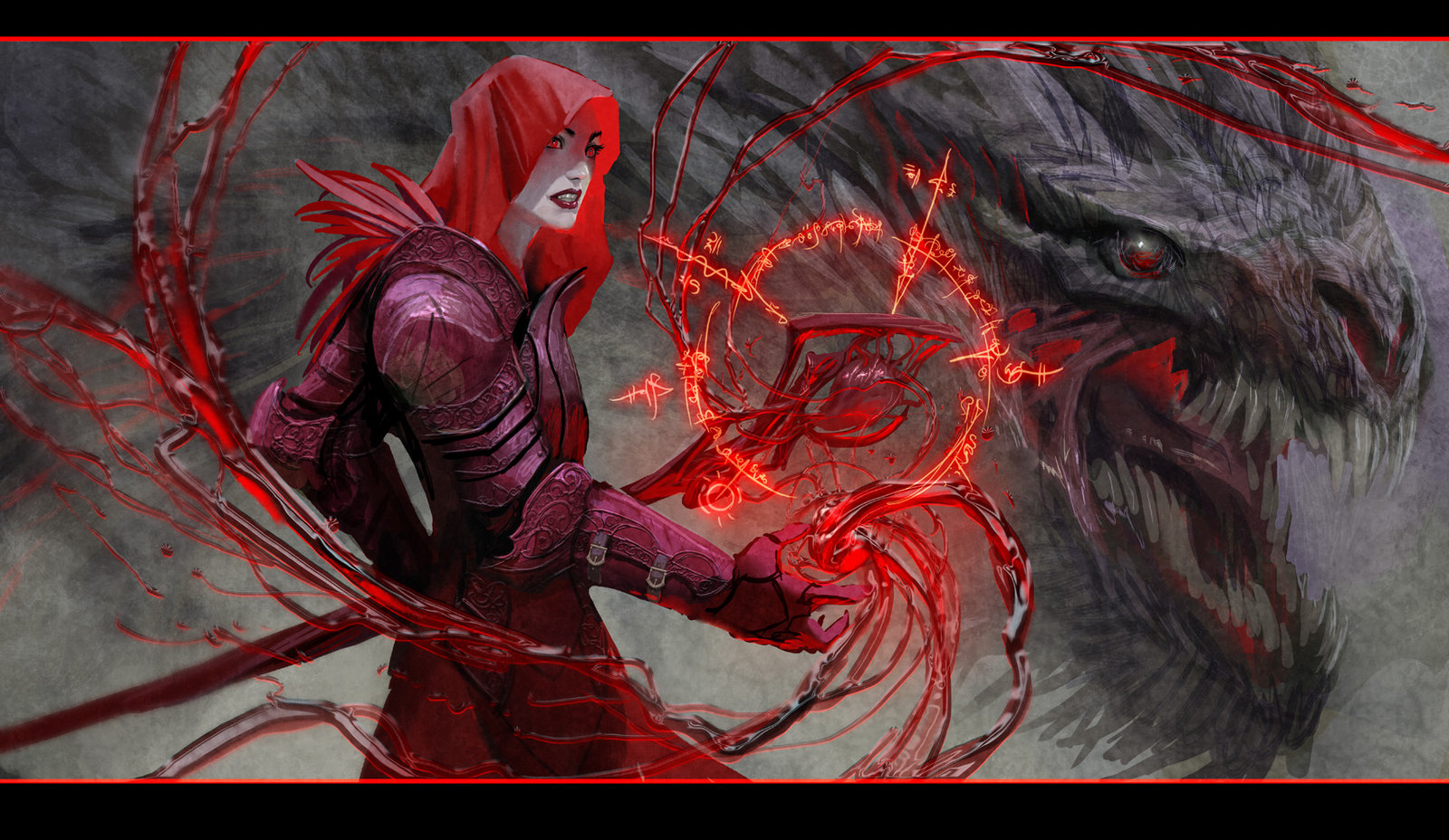