Alfaysia is a world whose origin is lost in the depths of time. Some say it was the first world, others claim it is merely a nexus of various planes and worlds. Most don’t even think about it, they just try to survive.

Abandoned ruins and bustling cities, wilderness and political intrigue, all the hallmarks of a standard D&D campaign. And they can all be found here with a slight twist, to include customized races and background lore, martial arts, psionics, new weapons, armor, and unique magical powers and rituals. All this contributes to a campaign that is familiar enough to play easily, yet distinctive in character and flavor to give years of role-playing enjoyment.

The main campaign is set against a backdrop of an ancient fallen empire. The empire once covered the majority of the continent of Alyndryca, but as many empires do, it eventually became corrupt. Civil war began, with heroes attempting to drive the evil from the empire. But as a result of the battles, most of the continent fell into a dark age.

Today, two nations have risen from the ashes of the empire’s fall to attempt to reclaim the ancient glory, the Varencian Empire and the Anguis Imperium. Varencia is formed from the remnants of the heros who over threw the old Wensharian Empire, and occupies a small part of that kingdom’s territory. The Anguis Imperium is formed of the families and retainers of the evil rulers that were overthrown, and that managed to escape/retreat overseas with scraps of their armies.

The two nations have warred in the past, and continue to spar in the present, with much of their “warfare” currently limited to exerting influence, political and trade maneuvering, and special ops style strikes and missions. all misunderstandings of course.

Other kingdoms have survived the times of barbarism or risen anew from the chaos and anarchy to stake their claim upon a portion of the world. Between the scattered human kingdoms lies wilderness and unclaimed territories. Dwarves and their barbarian allies fortify and grow their holdings, while the elves contemplate withdrawal or expansion and rulership. Hobgoblins and ogres seek power and to restore their individual kingdom’s ancient might.

And lurking behind it all is an even more ancient war, between light and darkness, reason and insanity, that threatens to awaken from its ages of slumber and re-ignite the dark flames of destruction. 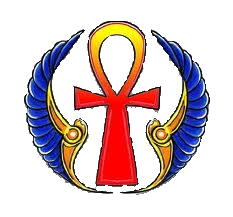